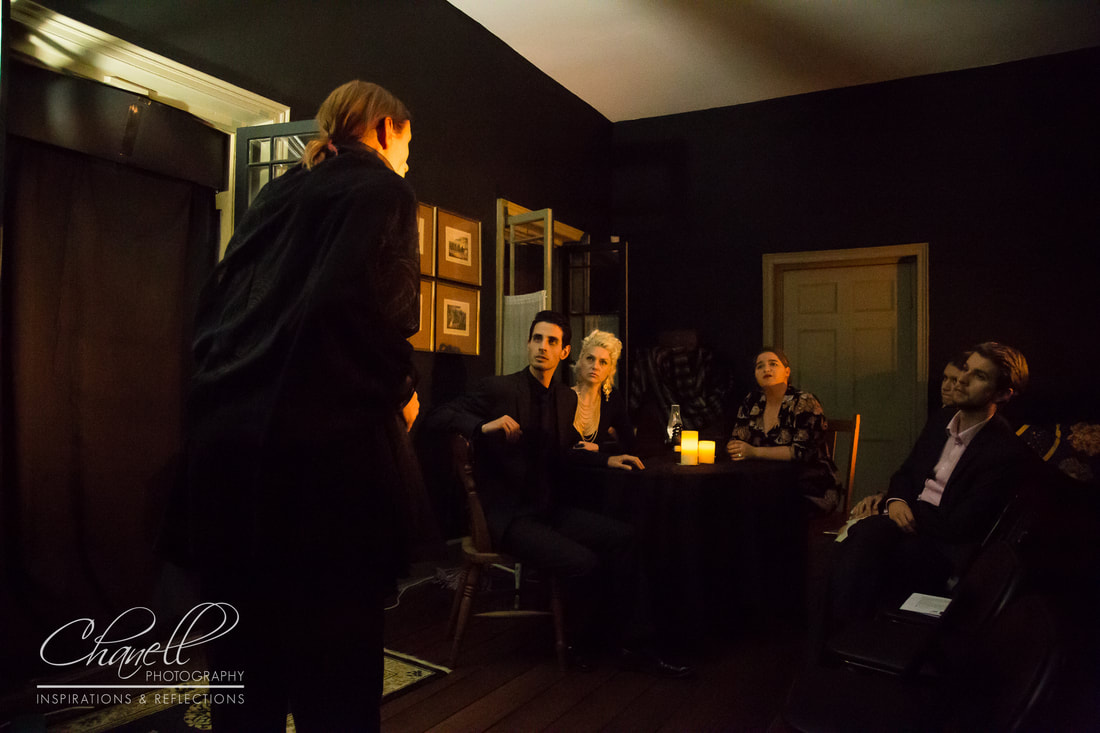 Composed by Gian Carlo Menotti in 1946, The Medium is a vivid portrayal of people struggling with trauma. The lives of Madame Flora, her daughter Monica, and her mute servant Toby, are all captive to the medium’s dark past, and Menotti illustrates life in their tiny apartment with a gripping exploration of violence, alcoholism and co-dependence.

Madame Flora’s three clients, struggling to come to terms with the untimely deaths of their children, seek comfort in seances, but even this measure fails them as Madame Flora’s mind unravels. This is opera at its most real and gripping, and Menotti’s score is a magnificent realisation of the minds of his characters, with some hauntingly beautiful arias, especially for the young and idealistic Monica, sung by Zoe Drummond.

In such an intimate space, the audience were as much a part of the opera as the cast.